Tuttohere.com team is spotlighting a racing series in which both participants and fans are passionate about nostalgic muscle cars in their original form, meaning their original appearance when delivered to a dealer showroom. “FAST” is an acronym for Factory Appearing Stock Tire and if you long for the look and sound of yesterday’s drag race cars you will find plenty of action in the FAST and FACTORY STOCK classes where owners of 1955 – 1979 vintage muscle cars compete for the best quarter-mile time at drag strips around the US. 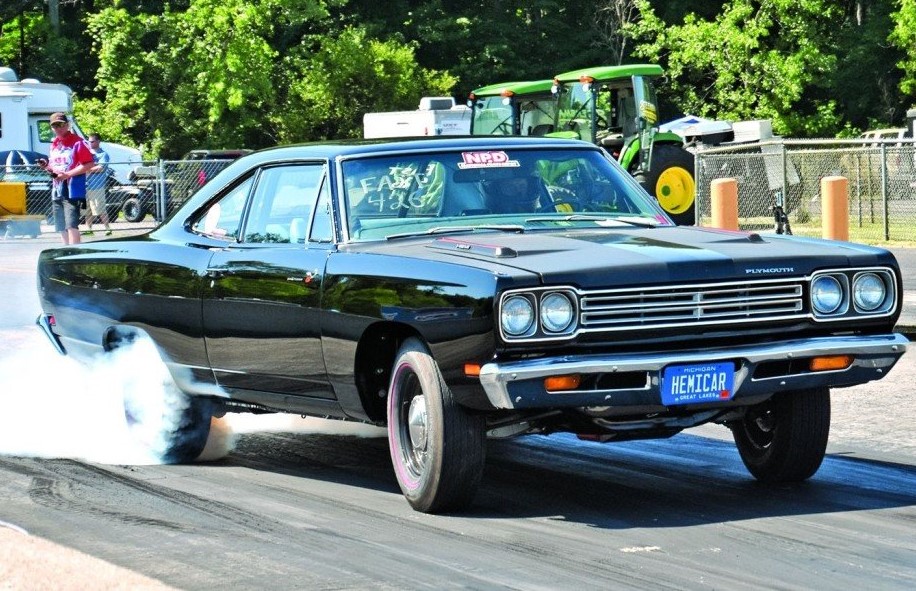 The series roots stem from an invitational meet in 2001 when racers competed in stock vehicles produced in the US and Canada manufacturing plants with original bias tires to see who would win the crown. Racers found the challenge irresistible, and the sport has been evolving for over 20 years. Race organizers recognized the need for the use of replacement parts in vintage Detroit iron, and they clearly advise which parts are deemed acceptable and which modifications will disqualify you. Appearance must be period correct right in terms of suspension height and body color as no custom decal striping or colors are allowed. In the event any competitor uses nitrous oxide, this will ban you from competition for life!

Factory Stock Class
This is the best place for budget minded racers to compete as there are very limited modifications available and the rules are very tight. Competing vehicles must have been originally equipped with a four barrel carburetor, dual exhaust and the car must have been classified as a high-performance vehicle by the manufacturer. 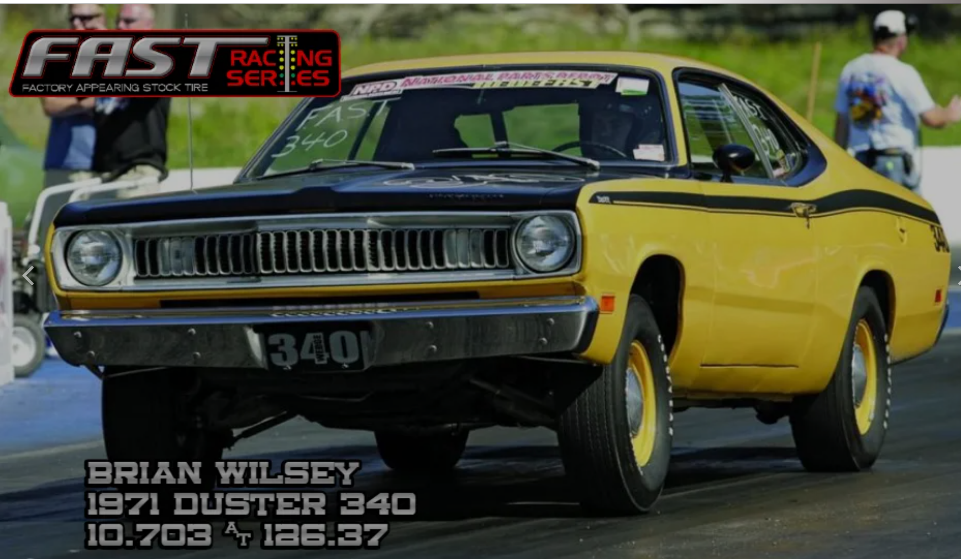 Fast Class
Record holder, Terry Pennington tops the Fast Class race category with an ET of 9.450 with a top speed of 145.96 mph. What is truly remarkable about the performance of Terry’s 1969 Chevrolet Corvette is that his record time was achieved with stock bias ply tires in the narrow period correct 205-millimeter section width that was typical for many vintage muscle cars in the late 60s and early 70s. For comparison, a 2022 Corvette Coupe equipped with the Z51 package has 245 section width 19” tires mounted on the front and 305-millimeter 20” section width tires on the rear. The 2022 Corvette fronts are 40 millimeters wider Vs. the vintage 69, and rear tires are 100 millimeters greater in width! 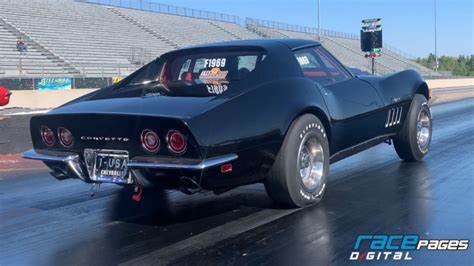 Speed Secrets
As many race aficionados are aware, slick tires are essential to transmitting 100% of available horsepower and torque from a high-performance vehicle from the engine to the track surface. Racers soon learned that to maximize traction on period correct tires, it was necessary to shave the tread to the point where the water channeling grooves and sipes, (minor grooves) were effectively removed from the tread surface. While very little tread depth remains after shaving the tread surface of the tire, the tread patch in contact with the road is 100% rubber, as there is no functional need to have water channeling capability on the surface of a tire tread at the drag strip.

In the Fast Class you may see what appears to be a stock aluminum intake manifold or carburetor, but if you look inside will find that the parts were cleverly disassembled, and highly modified prior to careful reassembly to disguise the handiwork. The diameter of the exhaust pipes may be upgraded to 2.5 inches for either class, but the upgraded exhaust pipes must be routed under the chassis of the vehicle in the stock configuration.

Additionally, savvy racers use a data recorder to monitor air/fuel ratio and engine timing throughout each run so the proper adjustments can be made during test runs based on the performance of the vehicle, air temperature, and track elevation. 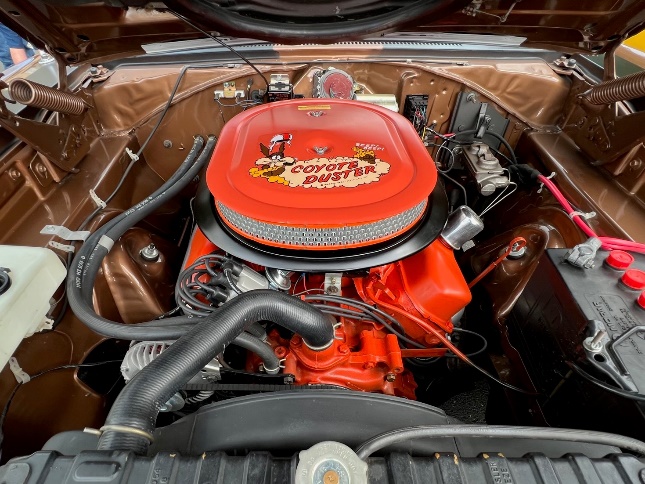 So, if you long for the days of nostalgia-fueled muscle cars, be sure to attend a Fast Racing Series event if one is available in your area. Another option is to subscribe to YouTube channels featuring Terry Pennington’s L88 Corvette and the series co-founder Dave Dudek racing his Hemi-powered Plymouth Road Runner. For a complete list of competition rules, acceptable modifications by class, and racing venues please refer to the Fast Racing Series website at https://www.fastdrags.com/about-us.